How Our Story Started 10 Years Ago

This year has been a pretty significant one for Joe and me. Granted, our biggest milestone this year may have been getting married, but we also celebrated another important milestone. On July 27th, 2020, Joe and I celebrated ten years of friendship. To think we have been in each other’s lives, in various stages, for a decade is incredible.

I thought it would be fun for both Joe and me to share the story of how we met, completely independently from one another. We each answered the topics below separately, later putting our stories together. I hope you enjoy this post as much as we enjoyed writing and reading it.

Read on for both sides of the ❤️ story. 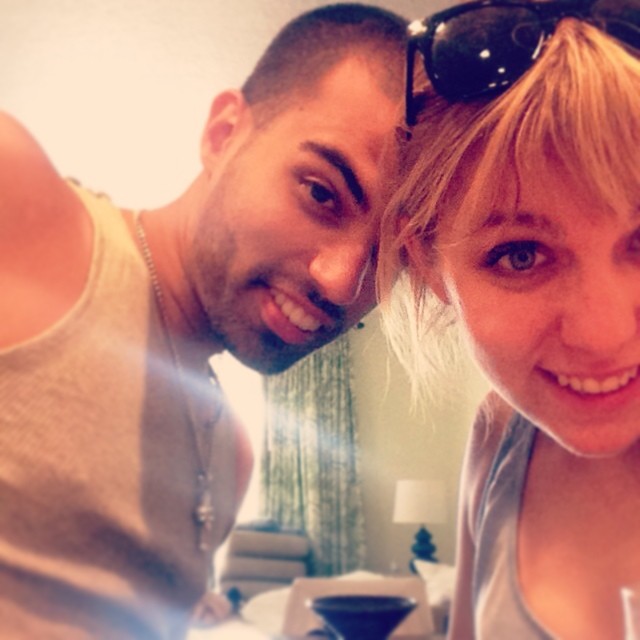 My friend from work asked me if I wanted to go to Six Flags. After I agreed, the plans began to unfold about who was going and he mentioned Amanda. At this time, unlike now, I was active on Facebook, and remember seeing an Amanda reacting and commenting on my friend’s Facebook posts, so I went on her page and was excited she would be coming along.

My mom would always say how you must be ready for anything, no matter what you are doing. Who would have thought that going on an outing to Six Flags meant I should be ready to meet my future husband.

I remember being extremely pumped for this day. At the time, I was in film school and classes ran year-round. I was also working part-time, so basically summer was a wash for me. Not the most ideal lifestyle for an 18-year old, but I always took advantage of my free time. This day was one of them. When my friend called asking if I wanted to go to Six Flags with him and two of his friends, I jumped on the offer.

I thought Amanda was very cute, had a unique sense of humor, and was very down to earth. She was not like other girls I had met, in a very good way

“How is this kid not deaf?” was my first thought when first meeting Joe. Waiting outside of my friend’s house for our ride, a black Ford Explorer pulled up with music blaring louder than a nightclub. Quite honestly, I was dreading this car ride by this point; three guys and loud music, but Joe was very nice and kept the music at a human level during the car ride.

At the park, it came clear to me, despite the preferable level he chose to listen to his music at, that he was a quiet and shy dude. And very respectful, from my point of view. I noticed very little things that highlighted his mannerize, and completely had him stand out from any other male I have met in our age group.

I had mentioned to my friend that I liked Amanda, which resulted in him telling his mom and his mom telling Amanda’s mom. This game of telephone eventually worked its way back to me, when I found out as well that Amanda also liked me.

Later that week, I heard my mom “whispering” on the phone. I could tell by her level and tone, she was gossiping. Then I heard her say my name and mention the trip to Six Flags. Naturally, I was curious and started inquiring about who was on the phone and what they were talking about. That is when she asked what I thought of the boys I went to Six Flags with on Tuesday.

After that morning conversation, I started getting invites to hang out with that group more and before I knew it, Joe finally asked me on a date.

When we started dating:

We went on a few dates shortly afterward: movies, casual hangouts, and a dinner date, in my car with Wendy’s take out (Amanda’s idea). From what I could tell, things were going well. Then, Amanda told me her schedule was getting tight and she needed to concentrate on her school work. To me, this was a textbook excuse to end things. After that, we went to just being friends and talking occasionally over the new few years.

In mid-2013, I saw Amanda again at a party. Shortly after, we started talking more frequently again. She brought up that she was watching Breaking Bad, only later to find out she did that after noticing all my social media postings about how I was a fan of the show.

That New Year’s Eve, I was having a party at my house and invited her over and she came. I may have been late on a New Year’s kiss, but I did eventually work up the courage to kiss her that night.

Our talking led to hanging out which eventually lead to me officially asking her out on March 16th, 2014.

As mentioned, my lifestyle was not typically to others my age. I spent a lot of time in Manhattan for work and school and when I was home, it was mainly occupied by school assignments. I tried to balance a social life into the mix, especially when Joe would ask if we can hang out.

Being that my school ran year-round, my schedule did not reflect normal college schedules. What would be a normal week for most college students was a big finals week for me, and that was the week Joe wanted to hang out. I let him know I was busy with school and would have to talk later. Sadly, when later came, Joe and I were no longer connecting like before and I took my loss.

It was about 2 years later until I saw Joe again. And this time, I wasn’t going to let go so easily. By this point in my life, I had graduated film school and was freelancing. I was just about to start up schooling for my second degree, the same school Joe was currently attending. This made our schedules more in sync. We started talking more and more, meeting up before our classes, and I even started watching Breaking Bad because I knew Joe was a fan; (plus side was it turned out to be a show I ended up liking myself...great job, Vince Gilligan).

Then Joe invited me over for his New Year’s Eve party and shortly after that, we went on our second first date. By March, we were official dates. Today, we are forever dates.

How To Build the Perfect Wedding Welcome Bag for your Overnight Guest!